The Many Voices of Lauryn Hill 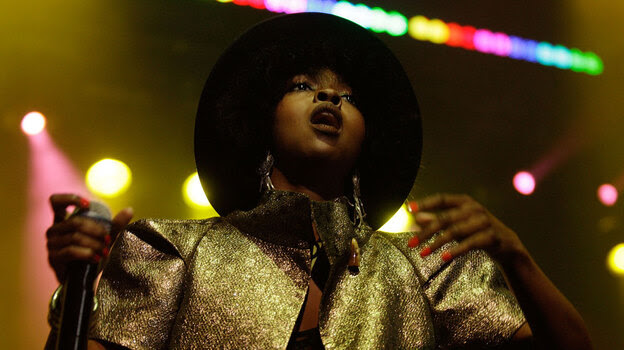 The singer and rapper last released a recording eight years ago. She rarely performs in the U.S., and she almost never gives interviews. But her fans haven't forgotten her: They're still pleading for her to come back. Hear an interview with Hill, whose voice is the story of the hip-hop generation.
READ AND LISTEN TO THE FULL INTERVIEW AT NPR
posted by fugees-online unter 3:06 PM No comments:

Lauryn Hill, A Tribe Called Quest, DJ Premier and Snoop Dogg have been added to the lineup of this year's Rock the Bells festival.

A Tribe Called Quest will perform its platinum-selling album "Midnight Marauders" -- which reached a peak of No. 8 on the Billboard 200 in its entirety.

Hill's set was "prepared exclusively for Rock the Bells" and spans her entire career, including songs from the critically-acclaimed "The Miseducation of Lauryn Hill" as well as her work with the Fugees.

According to the official Rock the Bells website, more acts will be announced.